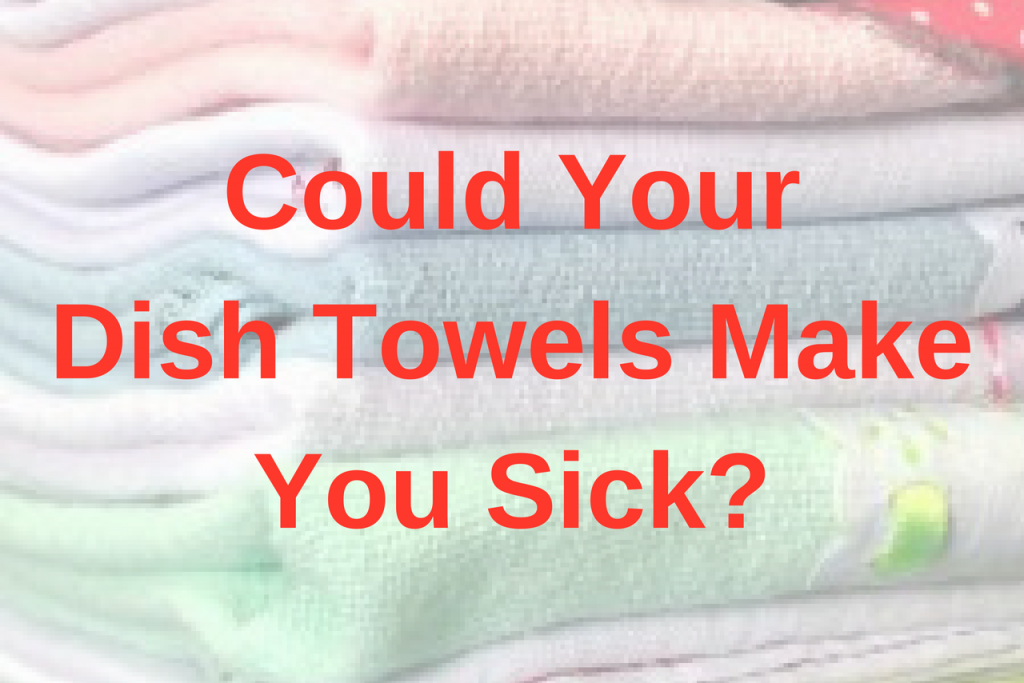 If you’re a regular visitor to our site, you’re probably someone who wants your diet to be dominated by healthy, clean food. You want to eat food to be nutrient dense and free from plant toxins (gluten, lectins, etc.), free from poisonous chemicals (glyphosate), and free from nasty bacteria. 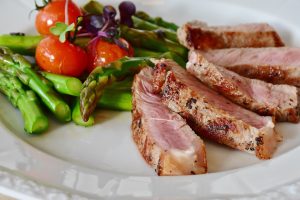 Sometimes, though, our efforts can be thwarted by something simple and completely unnoticed. For instance, since Barbara and I have a big family, are home often, and run a cooking blog, our kitchen gets really messy on a daily basis. That means we do a lot of cleaning up.

Much of that cleaning up is done with paper towels. We use so many paper towels that I’ve made it a mission to get the best price I can on our favorite towels. Sometimes I buy enough that my garage looks like a Bounty distributorship.

A few months back, I got to the point where I had had enough of buying and using paper towels. It seemed like such a waste of money. So I had this bright idea. Why not switch to using cotton dish 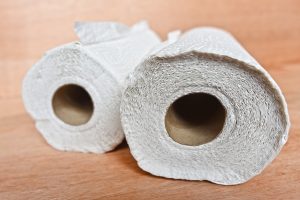 towels? After all, couldn’t they accomplish the same thing as paper towels but also provide significant savings?

So I asked Barbara to limit the use of paper towels. I then suggested we use cotton dish towels as they were cheap, washable, and reusable. “Okay, she said, “but you’re not going to like it.”

“Why not?” I responded. “We’ll save a lot of money. It makes very good sense.”

She knew I was committed to this new course of action so she didn’t argue the point. But she had that look on her face women get when they let a man think he’s smart, but they know he’ll regret his decision later on.

A few days after the start of my experiment, I went to use a dish towel and I noticed that it had a peculiar smell. I asked Barbara what it was, and she gave me the low down.

“I told you we can’t use dish towels in our kitchen. We do way too much cooking and cleaning. They simply can’t handle the job. Once they get grease or food on them, they’re done. After a few days, they start to culture stuff.”

Then came the hammer.

“And, do you really want me wasting valuable time by washing hand towels every other day?”

Wow, my wife is a smarty. She hit me with a scientific argument and then clinched her position with an economic argument (cost-benefit analysis).

She won. It was back to paper towels. Before I sulked away with my tail between my legs, I just asked if we could be a little more economical with their use.

Not only had my wife proved that she had a lot more kitchen wisdom than I, but she had also protected her family from potential disaster.

New research shows that lurking in those cotton dish towels might be millions of disease-causing microbes.

Earlier this month at the annual meeting for the American Society for Microbiology, research was presented that showed that kitchen towels could carry pathogens potentially leading to food poisoning.

Researchers from the Department of Health Sciences, University of Mauritius, collected 100 kitchen 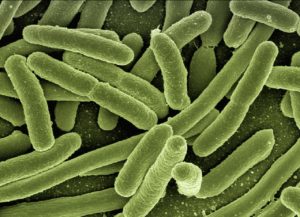 towels after one month of use and found that 49% of the towels had bacterial growth on them, including E.coli and S.aureus. You definitely don’t want those critters around your food.

The number of bacteria found was increased with larger families, the presence of children, in multiple purpose towels, and in families with non-vegetarian diets.

Our study demonstrates that the family composition and hygienic practices in the kitchen affected the microbial load of kitchen towels. We also found that diet, type of use and moist kitchen towels could be very important in promoting the growth of potential pathogens responsible for food poisoning.

I have personally validated this research via the smell test.

Did you know that the U.S. government has actually published guidelines for proper kitchen towel use?

The U.S. Department of Agriculture’s (USDA) and Kansas State University identifies kitchen towels as the number one source of cross-contamination in the kitchen.

Here are some of their guidelines to prevent the spread of bacteria in your kitchen.

According to the USDA, properly washed hands is the first step to eliminating contamination of kitchen towels with bacteria. If your hands contain bacteria, it will be transmitted to the towel and then to whatever the towel touches. 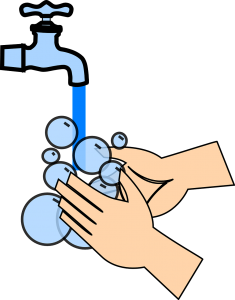 They recommended washing hands with soap and water for at least 20 seconds. Obviously, this should be done before doing any cooking. But they also recommend washing your hands after:

Because of the porous nature of paper towels, bacteria can get in the towel and stay there. If the towel is used more than once, any bacteria in the towel will get a free ride around the kitchen. Therefore, paper towels should only be used once. Use the towel and then toss it. Better the bacteria end up in the trash than in your kitchen.

The USDA tells us that cloth towels can build up bacteria after multiple uses. They sure can, trust me.

The USDA recommends washing the towels frequently on the hot cycle of your washer. They also suggest that you keep a cabinet well stocked in order to have a ready substitute.

This is all great advice for limiting the potential for bacterial contamination in your kitchen. A healthy kitchen can be just as important as healthy food.

In our home, we’re sticking with the judicial use of Bounty for now.

But here’s something to be concerned about with the use of paper towels.

Each year, Americans use about 13 billion pounds of paper towels. That amounts to over 45 pounds per person.

There’s a problem with that kind of usage. Many paper towels, especially the ones found in commercial restrooms, are often made out of recycled paper. Unfortunately, these towels cannot be further recycled. This means that paper towel waste will end up in landfills and other parts of the environment like our oceans. So it makes sense to use these kinds of paper towels wisely.

Experts estimate that if every person reduced their use by just one towel per day, 571 million pounds per year of paper waste would be eliminated.

Watch this video to see how to lower your paper towel consumption when washing your hands.

If you didn’t watch the video, the keys to lowering your paper towel consumption is to shake your hands vigorously 12 times before drying and then fold the towel to increase absorbency.

I checked on Bounty towels. Their website states that they are recyclable and will biodegrade in 60 days or less. Now that’s a good thing.

However, Bounty towels are made from 100% virgin wood pulp. That means people have to cut down trees to make the paper. Wasting towels means wasting resources which is not a good thing.
Bounty does claim that their paper comes from 100% responsibly managed forests. That’s a good thing.

If you’re into super environmentally friendly products, Seventh Generation has paper towels at a low price. We use a lot of their product but we haven’t used their paper towels. You can check out the reviews on Amazon.

I hope the information I have given you will make your kitchen time a healthier experience for you and your family.

Okay, that’s it for this post. Remember we’d love to hear from you. Have a blessed week.

This article originally appeared on glutenfreehomestead.com.