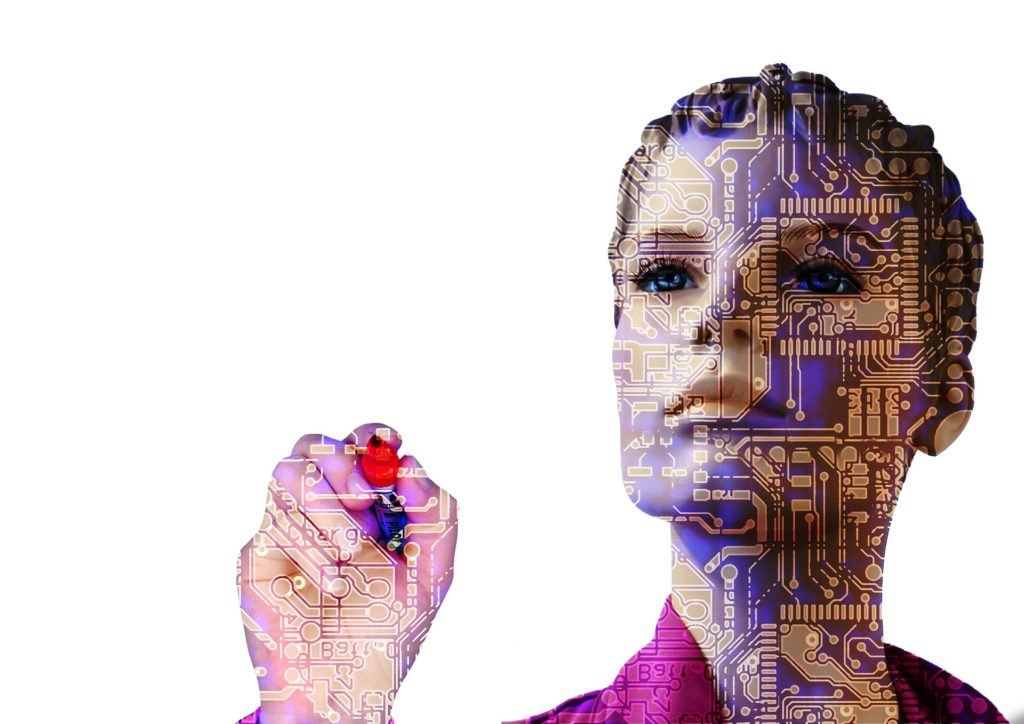 Can you think of deeper philosophical issues than death and eternal life?

Let’s see how the writers dealt with these issues.

Members of the Enterprise crew are transported to a planet to give medical aid to Dr. Graves, a genius in cybernetic technology. They learn that Graves is dying from an incurable terminal disease and has only three weeks to live.

Upon hearing Graves whistling a tune, Data asks what it is. Graves reveals it to be “If I Only Had A Heart” from The Wizard of Oz.

This leads Data and Graves into a discussion about emotions, life, and death. Graves informs Data that he has devised a way to transfer his consciousness into a computer and that he will do so just prior to his death.

Unless the mind is not immaterial but simply neurochemical processes going on in the brain. But we don’t want to go there. 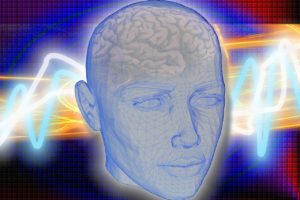 That would mean that man is just another aspect of the material world. His atoms might be arranged more complexly than a plant, but since he’s just a bundle of chemical reactions, he has no more uniqueness than a plant.

But since it’s science fiction, we’ll suspend our disbelief and assume Graves can put his non-material mind into a computer.

Yet, this raises another sticky philosophical question. When Graves transfers his consciousness, does that include his soul as well?

If there is a soul and it’s immaterial then that must mean that there’s an immaterial part of the universe.

Hmmm… is there something that lies beyond the examination of science?

You see how this series raises existential questions. I love it.

Interestingly, throughout the series, Data’s personal quest has always been to become more human like. He’s like the Tin Man in The Wizard of Oz. He’s a lovable machine that seems to be human but just isn’t.

What exactly is it about humans that make them want to get personal with their machines? Sorry, Siri, I didn’t know you heard 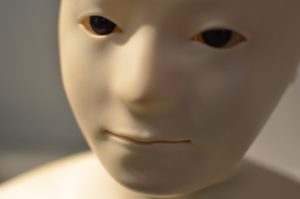 Nevertheless, we’re being introduced to think about a new type of life form. The man-machine unity.

Back to the story.

A New Kind Of Humanity

If Dr. Graves can achieve putting his humanity into a machine, then he will have invented the previously unattainable scientific achievement of inventing a machine that can contain an aspect of humanity.

Even for Star Trek that would be an astounding feat.

However, that poses a problem. A computer is not a human. It doesn’t have an organic body, and as long as its power supply is adequate, it won’t die.

The answer is simple. He’d be a new kind of species. A hybrid of man and machine. It wouldn’t be an upgrade, though, because he’d be trapped in a box.

But Graves would prefer not to die even if it meant living as a disembodied spirit in a small metal box forever.

The Enterprise’s Captain Picard loves to quote Shakespeare so I’ll quote some as well,

The dread of something after death,
the undiscovered country, from whose bourn
no traveller returns, puzzles the will,
and makes us rather bear those ills we have,
than fly to others that we know not of. (Hamlet)

Hamlet expresses the feelings of most men but not all.

Can A Machine Die?

Data reveals to Graves that he has some sense of death. He has an off switch that will render him inoperable.

Of course, this is not remotely similar to death. All Data would do is cease to function.

Death for a human means so much more especially if there is a soul. For if there is an immaterial soul, then we will never die. Our bodies might decay and die, but we will live on.

There is no off switch for the soul.

Obviously, you’ve anticipated the next question. Where then will the soul spend eternity? I’ll get to that later.

Back to the story.

Does Graves Invent The Perfect Man?

As you probably anticipated, Graves inserts his consciousness into Data’s machinery. We now have the actual fulfillment of the

Tin Man getting a heart.

But there’s something more going on here that shouldn’t be overlooked. This is not a learning cyborg like the Terminator who can learn human traits.

Graves, the imperfect man, has created a super man. He’s a man who physically cannot die, but who could potentially live forever.

Data’s cybernetics give Graves the ability to speak, touch, walk, hear and feel. He has a body so to speak.

He’s a man who will never get sick, age, or succumb to the defects of normal mortality. He is a superman.

The creation of the superman has always been popular with sci-fi writers.

Isn’t Captain America a scientifically engineered super human? And what about the recent movie Lucy where Scarlett Johansson’s character literally becomes one with existence itself?

I did watch a few episodes of Humans, but I’m not really into the robots are kind of human thing.

If you think creating a super human is not a major thrust of science today, do some research on transhumanism. 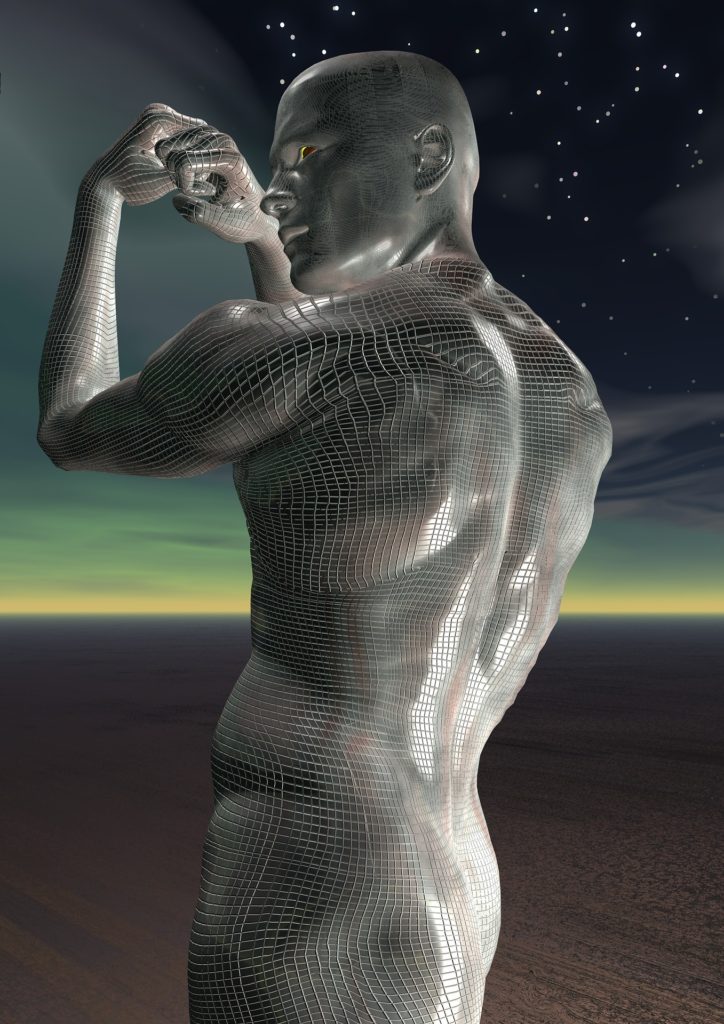 Scientists are going full speed ahead in trying to create a super human.

Consider the thinking of author and computer scientist Raymond Kurzweil.

These are Wiki entries but they are well footnoted.

…the pace of technological innovation is accelerating and that the next 50 years may yield not only radical technological advances, but possibly a technological singularity, which may fundamentally change the nature of human beings. See here.

… human life will be irreversibly transformed” and that humans will transcend the “limitations of our biological bodies and brain”. See here.

However, political scientist Francis Fukuyama has cautioned against transhumanism saying it’s one of the “world’s most dangerous ideas“. Fukuyama may be onto something.

It actually may not be a good idea for amoral scientists to be tinkering around with human genetics.

Remember what Dr. Malcolm said in Jurassic Park, “Yeah, but your scientists were so preoccupied with whether or not they could that they didn’t stop to think if they should.”

I do believe, however, human lifespans and health spans will increase dramatically. That is, after all, one of the goals of this blog. 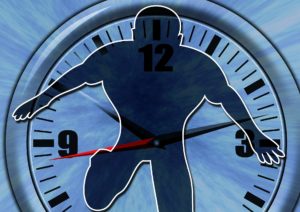 My desire is to help people better their health and increase their longevity and quality of life by encouraging them to chose a healthy diet, exercise, and make good lifestyle choices.

We know that doing these things will increase the lifespan of most people. We also know that lifespans today are significantly greater than they were in the past.

But I think this is a drop in the bucket compared to what we can expect in the future.

Consider this verse from the book of Isaiah,

Increased longevity for mankind is inevitable. There’s no stopping it.

However, putting a machine in a man (e.g. artificial heart) to increase his longevity is one thing but to make a man like a machine is another. It’s a desire to create a new species, something that’s greater than a human.

It’s a desire to play God.

Before Graves dies, he inserts his mind into Data. While initially there are two personalities inside Data, Graves’s personality soon begins to overwhelm Data’s. Soon he will completely dominate the android body.

Captain Picard eventually realizes what has happened. But his problem with Graves’ taking over Data’s body is that while saving his personality, he will basically kill Data.

This is the conversation between Picard and Graves. 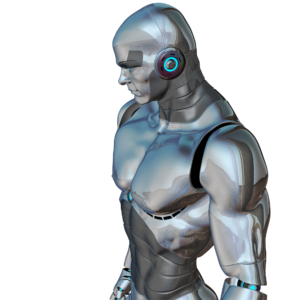 “He is different, yes! But that does not make him expendable or any less significant. No being is so important that he can usurp the rights of another! Now set him free!”

So Picard is willing to consign Graves to the unknowable hereafter in order that his enormously valuable hi-tech, lovable android can continue to serve the ship.

Think about that. The man-made Data has more worth than a human. I guess Data is more useful to Picard than Graves is.

Chew on the implications of that for a while.

Graves Attempts To Justify His Actions

When Graves (in Data’s body) sees a former romantic interest, he confesses that he is really Graves and attempts to justify his actions by rhetorically asking, “Imagine what I could accomplish in a thousand years.”

Of course, the ends justify the means.

Following this encounter, it’s all downhill for Graves.

Does An Upgraded Body Translate Into Upgraded Ethics?

While Graves has a new body, he doesn’t have a new personality. He is the same boorish, arrogant, authority hating person he was before.

However, he no longer inhabits a frail human body. Data’s body has superhuman strength.

Graves eventually becomes violent, hurting several members even to the point of knocking out Picard.

The genius Graves with his new superhuman body is now becoming a liability to mankind instead of a savior.

How often through the centuries have we seen the rise of a supposedly superior group of people or a Nietzschean superman, promising to lead humanity into a new era of prosperity only to see the corruption of power take hold?

The inevitable result is the deaths of millions.

In the movie Lucy I mentioned above, Lucy, who is clearly becoming physically and mentally superior to everyone around her, shoots an innocent cabbie who doesn’t respond quickly enough to her demands.

This is an example of her evolving morality. Pragmatism reigns supreme in the area of ethics. But is pragmatism ever an upgraded ethical position? 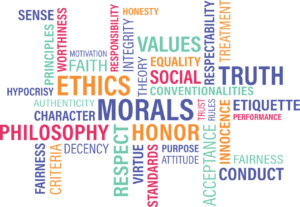 Be careful how you can answer. You might find yourself playing God. A man can lay his own life down for many but no one can take away his life against his will.

No, a superhuman body without consistent super human ethics is not a blessing to anyone. It’s a curse on mankind.

The story ends when Graves eventually comes to his senses and deposits himself, minus his consciousness, into the ship’s computers. Data is restored back to his former self.

For the moment, the Enterprise and its crew are back to status quo.

Everybody Will Live Forever

Here, however, is an eternal truth. Friends. your soul cannot die; it will live forever. But dying doesn’t imply life. 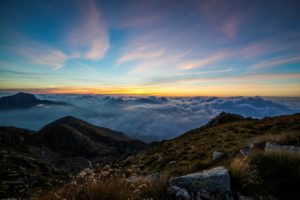 There is only one way to inherit true life.

Jesus said to her, “I am the resurrection and the life. Whoever believes in me, though he die, yet shall he live, and everyone who lives and believes in me shall never die. Do you believe this?” (John 11:25-26)

Jesus Christ, the God-man, laid down his life voluntarily for many and overcame death so that we may have everlasting life.

And that new life will include the body that Dr. Graves so greatly coveted.